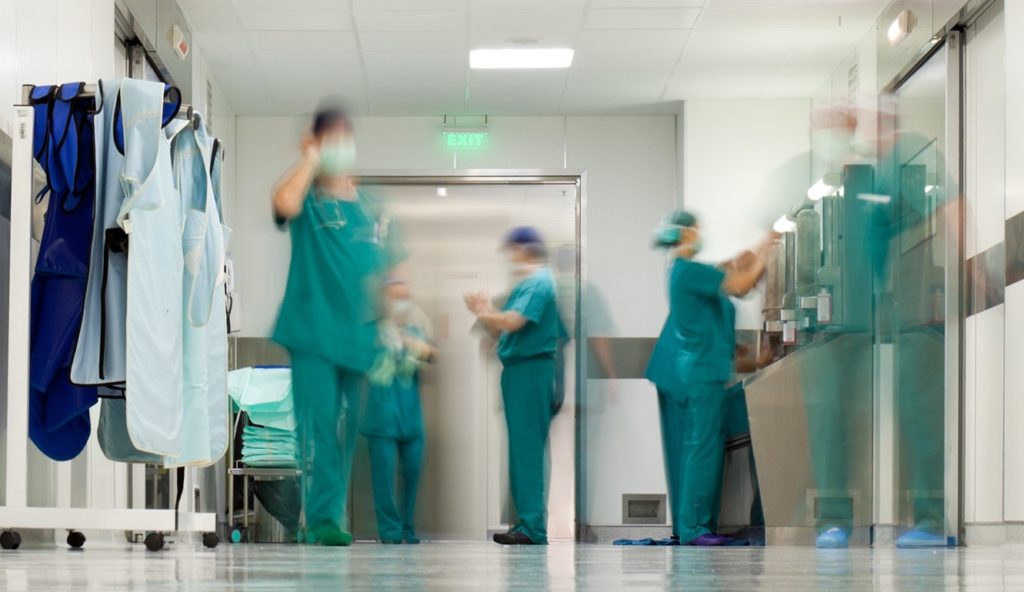 The data on deaths by department that INSEE has been releasing exceptionally since Friday, March 27, contribute to estimating excess mortality in our country. It is on the basis of this excess mortality that experts evaluate the impact of influenza epidemics. For Covid-19, the feedback from hospitals and now from retirement homes provides a daily view of deaths directly caused by the virus, without covering the totality of the effects of the epidemic on mortality. One of the difficulties is that the mortality attributable to Covid-19 may depend on the evolution of other causes of morbidity during the period of confinement, and will have to take into account, just like influenza, deaths that could occur a few weeks later. It will therefore take time to draw up a rigorous statistical assessment of the consequences of the virus on mortality in France, as in the world. The "Covid-19" or coronavirus epidemic has triggered an avalanche of numerical information, in an attempt to answer not so simple questions: how many people will be sick from Covid-19, how many will die? And what comparison can be made with seasonal flu?

In order to enlighten the public debate, INSEE has a responsibility, that of counting deaths. Indeed, the institute maintains the National Registry of Identification of Individuals (RNIPP) in which are registered the births and deaths of people born in France and those who live or have lived there. This is why the institute has exceptionally decided to make available every week the latest available figures from the civil status. In concrete terms, every Friday, INSEE now publishes the total number of deaths recorded 11 days earlier, and 7 days earlier for municipalities that transmit their data electronically. The data is available for France and by department of the place of death. These data, which accumulate all causes of death, are provisional. One must be very careful in the short term on their interpretation. Firstly, because they do not go back instantaneously: in addition to the usual legal deadlines - communes have one week to transmit deaths to INSEE - there may be specific disruptions specific to the period of confinement, particularly for bulletins sent by post. There are also the specific difficulties encountered by some municipalities, notably the city of Marseille, which was the victim of a cyber attack. Secondly, because the unprecedented circumstances of containment can have an effect on other causes of death: although accidents on the public highway are a priori less numerous, the effects of containment are on the other hand uncertain on the major causes of death, which are tumors and cardiovascular accidents. Finally, crisis management can disrupt data at the departmental level: patients can be hospitalized and unfortunately die far from their home, and even far from the home hospital in the event of a health transfer. As this is a new virus, still poorly known, doctors and epidemiologists will need some time to answer clearly and definitively the questions about the precise impact of Covid-19 on mortality. Modeling of expected deaths allows to estimate the excess mortality in case of an epidemic.
First of all, we must bear in mind a few orders of magnitude: in France, the annual number of deaths is 600,000, or 1,650 on average per day; people die more often in winter than in the summer, and the number of deaths per day is generally between 1,500 in summer and 1,800 in winter, but it can exceed 2,000 during seasonal flu peaks (as in January 2017, with an average of 2,200 deaths per day).

Note: The 2018-2019 winter influenza epidemic, which peaked in early February 2019, was of limited duration (8 weeks) but with high mortality. Mortality, however, was lower than in the previous winter epidemic (2017-2018), which had been exceptionally long-lasting. Concerning the winter influenza epidemic 2019-2020, no excess mortality from all causes was observed until the beginning of March (see Public Health France).
Source: INSEE, civil status The daily death data made available each week by INSEE, are raw data (still incomplete) that allow a direct comparison with the two previous years. However, it is not possible to directly deduce from them an estimate of excess mortality, which requires further statistical processing. For example, among the strong increases in deaths observed between March 1 and 23, that of the Upper Rhine is certainly linked to the epidemic; on the other hand, those of Deux-Sèvres or Mayotte are probably unrelated to the epidemic. In departments where the number of deaths is usually quite low, there may indeed be strong variations in percentage from one year to the next that are difficult to explain and are not related to an epidemic. This estimate of excess mortality is the responsibility of Public Health France. As part of its mission to monitor health crises and track their impact, Santé publique France makes regular estimates, based on information from civil status declarations. Centralized by INSEE, they cover a sample of 3,000 municipalities that have been recording and transmitting deaths in a dematerialized form for several years. These communes account for 77% of national deaths. Public Health France thus rapidly has access to information that is still incomplete but sufficient to compare the number of deaths with the number of "expected" deaths. This number of "expected" deaths takes into account past observation and the seasonality of deaths, the evolution of the population in terms of numbers and its age distribution. This number is not known to within a few hundred. Nevertheless, significant epidemics cannot go unnoticed. When fluctuations are observed over the year, the effect of seasonal influenza is very different from one year to the next, both in magnitude and duration. For example, since mid-2013, seasonal influenza in the winter of 2013/2014, and to a lesser extent in the winter of 2015/2016 and the current winter, has had little impact on mortality. This is far from being the case for the other four winters of the period, starting with those of the last three years: in the first months of 2019, French Public Health observed an "excess mortality", all causes combined, of around 12,000 during the influenza epidemic, compared to that observed in 2016-2017 (around 21,000) and 2017-2018 (around 18,000). By cross-referencing these vital statistics with data from the healthcare system (doctors and hospitals in the "sentinel" network), Santé publique France produces an estimate of the number of deaths that can be attributed to influenza as a first-line cause of death, which accounts for approximately 70% of this "excess mortality". Influenza is not the only winter epidemic, and modeling is necessary: it is made possible by the repeated observation, over many years, of the succession of influenza and gastroenteritis epidemics in particular. These observations lead to the widely accepted figure that influenza kills an average of 10,000 people in France each year: around 8,000 in 2019, 13,000 in 2018, and 14,500 in 2017. Reading note: this graph covers the period from week 36 of 2013 to week 12 of 2020 (March 16 to 22), which marks the beginning of the visible effect, at the national level, of the new virus (weeks 5 and 31 of each year are marked on the graph). The observed data cover 77% of the population, as they correspond to deaths recorded in a sample of 3,000 municipalities in dematerialized form. They are not extrapolated, as such extrapolation can be hazardous for a given week; nevertheless, to obtain an order of magnitude, 10,000 deaths per week in France as a whole correspond to about 8,000 deaths on this graph.
Source: Weekly Epidemiological Update, April 2, 2020, Public Health France Influenza as a direct or indirect cause of death
Once identified, the question remains as to how many deaths the epidemic is actually responsible for. The answer is complex because it must take into account the "co-morbidity", i.e. the conjunction, as a general rule, of several factors when the influenza epidemic affects the population every winter: in fact, in death certificates, doctors must code the different causes, according to an international classification of diseases. The initial cause of death is then defined as the disease, or the circumstances in the case of violent death (suicide, accident, homicide), "at the origin of the morbid process leading to death". For example, for a patient with, for example, a lung infection, respiratory disease or diabetes, influenza may precipitate death without being counted as the direct cause of death. Death would then have occurred but a few weeks or months later. According to this classification, each year in France "only" a few hundred deaths are attributed to influenza as the main cause of death: this number varied between 317 and 1,890 depending on the year between 2011 and 2016, according to data collected and published by the epidemiology center on the medical causes of death. The number of deaths directly caused by influenza and recorded as such on death certificates can be related by a ratio of 1 to 10 to the number of deaths "caused" by the epidemic, as measured by statistical analysis of excess mortality. Estimating the number of coronavirus victims in death statistics will take time.
Unlike influenza or heat waves, for which repeated observations and specific monitoring devices make it possible to refine models and analyses, coronavirus is a new disease. However, there is no lack of quantitative information on the number of cases recorded and the number of related deaths. It comes mainly from the feedback from hospitals, which record the deaths directly attributed to Covid in their departments, but also from the arrivals and departures of departments, which makes it possible to measure the evolution of the epidemic. It has recently been completed by feedback from retirement homes.

In an October 2017 publication on the analysis of the places of death recorded in 2016, INSEE estimated that 59% of deaths would occur in a health establishment, 26% at home, 14% in retirement homes and 1% on the public highway. But what is true in general may be different for a given pathology, and containment itself may have a specific impact, difficult to anticipate, on the place where deaths occur. INSEE is currently working on these data relating to the place of death for the month of March 2020 and should soon provide new information on this subject, as well as on the distribution by sex and age of deaths. During the period of the epidemic, the direct returns of deaths are likely to be lower than the total number of victims of the virus, in particular because they only concern deaths directly attributed to Covid. This is not unique to France, and the proportion of deaths not accounted for in national administrative data may differ greatly from one country to another. In addition, the measurement of specific mortality attributable to an exceptional event such as the Covid-19 epidemic will also need to be analysed in conjunction with what may have happened before or what will happen after :
- before: the "clemency" of the seasonal influenza - the months of January and February 2020 are low points of mortality - spared very fragile people, which undoubtedly increased the population at risk in the face of this epidemic;
- afterwards: a "mortality deficit" corresponding to the lives shortened by the epidemic could be observed, as it may have been after the 2003 heat wave. Similarly, the January 2017 peak in influenza-related deaths was followed by low mortality peaks in March and April.

This does not call into question the estimates of excess mortality related to the epidemic, but it may provide explanatory factors for the lethality of the virus and the mortality observed after the epidemic.

All in all, this work of evaluation requires a great deal of humility in the projections today, and in the interpretations tomorrow. We must be wary of those who would suggest that we can calculate the effects of all these factors in the heat of the moment, without having the necessary hindsight on the crisis and its consequences. In its publications, Santé publique France points out that the increase in mortality observed in the most affected regions is most probably linked to the Covid-19 epidemic, without it being possible to estimate the share attributable to this date. INSEE undertakes to contribute to shed light on the debate over the long term, alongside Santé publique France.

To know more about it